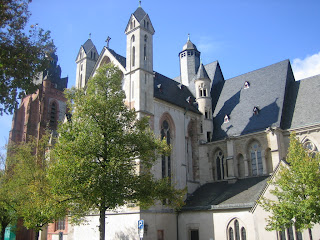 Today's travels took me to Wetzlar. If you are ever hereabouts and have any interest in places historical, go there! Very, very beautiful. Just don't let yourself be scared by the train station or the entrance to the town. Before you reach the old town you have to go through a shopping street, which makes you wonder if you've made a big mistake and come to a typical 70's town.

But it's all just a cover, because then you go around a corner and voila! There's the river Lahn in all it's beauty and you can see that behind it there's the whole old town just waiting to be discovered. 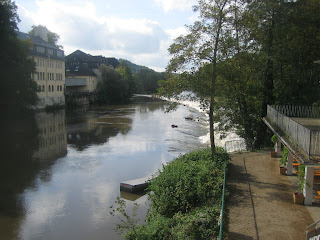 It's a beautiful place with lot's of houses from the 17th century and earlier. You have some of the feel of Middle Ages with the cobbled streets and narrow passages. It reminded me of Stockholm and Visby and even some of the Italian towns. There were cafes and bistros in every corner and the place in general had a very lived-in feeling. For awhile when I came I thought I would have the place nearly to myself, but the old town just bloomed during the day. 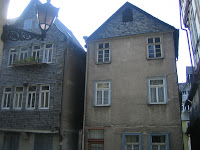 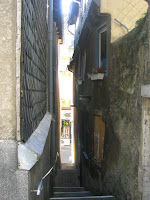 I walked around for some time, saw the obligatory cathedral and went to have lunch in a local place. There I dug out the brochures that I had gotten from the local tourist info and thought I would go see some of the museums, which seemed really very interesting. They were closed between 13-14 so I had to do some more walking around in the meantime. 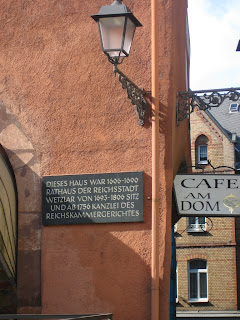 I discovered for instance the house where the Reichskammergericht had sat. That was the highest court in Germany - or the Holy German Roman Empire - from 1495 to 1806 and was situated in Wetzlar since the late 17th century. There's a cafe these days in the building. It was a nice looking place, but fairly small and unimpressive for a supreme court. Not at all what I would have imagined. One of the museums that I was planning to go was the Reichskammergericht-museum. 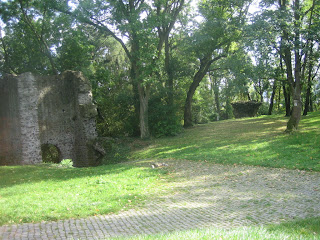 The operative words being "was planning" since during the hour that the museums were closed I decided to go and see the ruins of this old castle, which was from the times of 12th century and Frederick Barbarossa. The ruins were on an high hill and going there I started to wonder whether this was a great idea after all. Sweaty business - but by Frederick's red beard was it worth it. 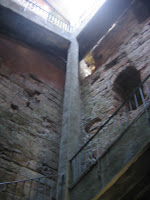 There was this old watch tour or some such thing, from where you could see the whole town and surroundings. The view was absolutely amazing, but unfortunately the pictures don't do it justice at all. It was just gorgeous. The ruins themselves were quite nice too and going down the pathway from the castle, you could easily imagine the clobbering of the horse's hooves on the stones. 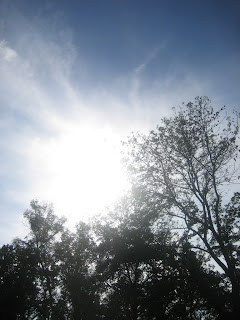 The sun god was again most kind to my travels and I spent at least two hours just laying by the tower - drowsing and reading a magazine. Can you imagine how perfect that was? There was an occasional tourist there now and then, but mostly it was just these old, old ruins high above the city, birds, buzzing bugs and me. And sun, magazine and then later Simone de Beauvoir's "Marcelle, Chantal, Lisa...". Life doesn't get much better.
Lähettänyt Mie klo 21:07