The sky is red-striped

Quite a good week this one. On Thursday we had the summer party of the institute. I went a bit early to help out, make the salad and generally carry stuff around. The party was good: we played some darts (or rather tikka, don't quite know what it is in English), ate more than enough and drank sufficiently. E played the guitar and the rest of us - or most of us anyway - tried our hand in singing. Lovely. I like our traditional summer parties. Last year I got invited too even though I was at the ministry at the time. It was one of the things that made me really realise that I missed the university and the people there. 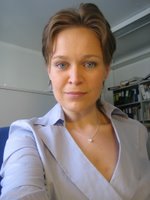 On Friday was the last graduation day of this spring. The post-graduation event of the Lawyer's Association was one of the better ones. I went there in my new style, which I'm starting to like more and more, and actually got invited out to lunch. Probably not due to my new style, since it was not a date-type of invitation, but anyway. After the event I decided for once to spend some money on myself and went and bought two new coats. Did some clearing up later that day and managed to throw away a few pieces of clothing - you know those that haven't been worn in years, but somehow it's been impossible to get rid of anyhow.

Yesterday it rained all day long, so I did nothing but sit inside, clean a little, read a little and play a little. Today I went to town and saw a movie - "Lucky number Slevin", which was pure action-entertaiment, but very enjoyable. After that I walked to my sister's to get some house- and dog-sitting tips. They are heading to the States in couple of weeks and I will be staying at their place to take care of the dog. It will be interesting to see if living in the centre - even if for just couple of weeks - will have any effect on my use of time. Oh, and thanks for dinner! It was great.
Lähettänyt Mie klo 21:59